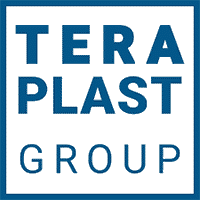 The European Bank for Reconstruction and Development has awarded the TeraPlast Group, the largest privately held Romanian construction materials manufacturer, 16 million Euros in financing. The financing will go towards the group’s Steel division, with the purpose of developing its production units and increasing its regional presence, and will be carried out during this year and the next.

„The €16 million that the TeraPlast Group will receive from the EBRD features three different components. The first, a total of €5 million, will go towards Depaco, for the partial financing of a project regarding the expansion of the company’s production capacity. Another €5 million will go towards TeraSteel Serbia, to repay part of a loan received from TeraPlast at its founding. TeraPlast has also decided upon a share capital increase of about €1.7 million for TeraSteel Serbia. The third and final component, worth a total of €6 million, will go towards the development of the Steel division’s production capacity and regional position. TeraSteel’s products are present in over 25 contries, and, in 2018, the company exported goods worth a total of almost €30 million. We’re part of a growing market and TeraSteel already occupies a strong position at a regional level, as a trustworthy partner. The deal with the EBRD is another vote of confidence towards the actions we take in order to improve competitiveness and to increase the TeraPlast Group’s potential.”  Dorel Goia, Chairman of TeraPlast’s Board of Directors, stated.

Launched in 2017, TeraSteel Serbia – the first Romanian owned factory opened abroad after 1990 – quickly became, together with TeraSteel Romania, one of the most important exporters in South-Eastern Europe. The total investment in this production unit, from its founding until the present day, has surpassed €6.5 million. Of these, more than €1 million have gone towards the mineral wool thermal insulation panels module and the self-supporting steel sheet production line, established during 2018. The production capacity of the Serbian factory is comparable to the one in Romania – almost 2.2 million square meters of panels each year.

One of the main strategic components of TeraPlast Group’s plan for 2019 is the development of its Steel division and the EBRD financing will contribute greatly towards achieving this goal.

As of 2 July 2008, the largest company of the Group – TeraPlast SA – has been listed on the Bucharest Stock Exchange under the symbol TRP. TeraPlast shares are covered by BET-BK, BET-XT, BET-XT-TR si BET-Plus index range.

The EBRD is one of the largest institutional investors in Romania. The bank promotes stability and product diversity in the financial sector, infrastructure development, as well as the restructuring of the energy sector and an increase in sustainability and energy efficiency.

To date, the total EBRD investment in Romania has reached €8.3 billion, with almost 430 projects.

Contactează-ne
This website uses cookies in order to improve your online experience. By continuing to navigate, you express your consent on using cookies.
Find out moreACCEPT
Manage consent

This website uses cookies to improve your experience while you navigate through the website. Out of these, the cookies that are categorized as necessary are stored on your browser as they are essential for the working of basic functionalities of the website. We also use third-party cookies that help us analyze and understand how you use this website. These cookies will be stored in your browser only with your consent. You also have the option to opt-out of these cookies. But opting out of some of these cookies may affect your browsing experience.
SAVE & ACCEPT